J.G. Quintel’s adult animated comedy series Close Enough has been cancelled after three seasons at HBO Max.The series was first announced in May 2017, four months after Quintel’s series, Regular Show, concluded. The series was prepared to premiere on TBS, but was delayed several times. Ultimately, the series’ Season 1 was released back in July 9, 2020. Critics have given the show favourable reviews and have drawn comparisons to Quintel’s earlier series Regular Show.

Close Enough’s Season 3 was released back in April 7, 2022 on HBO Max. With the announcement of the cancellation, the streamer issued a statement today, saying, “After three great seasons, Close Enough is coming to an end. We are so proud of the series and grateful to creator JG Quintel and our partners at Cartoon Network Studios, who made this show an instant fan favorite on HBO Max.”

Today, Quintel also tweeted a brief statement of his own, stating, “I feel fortunate to have worked on this project with so many talented people. Thank you to everyone that helped bring it to life, and to everyone who watched!” The decision to cancel the series comes as a result of renewal of some HBO Max’s series such as Ten Year Old Tom. This is the only adult animated comedy show currently available on the service. 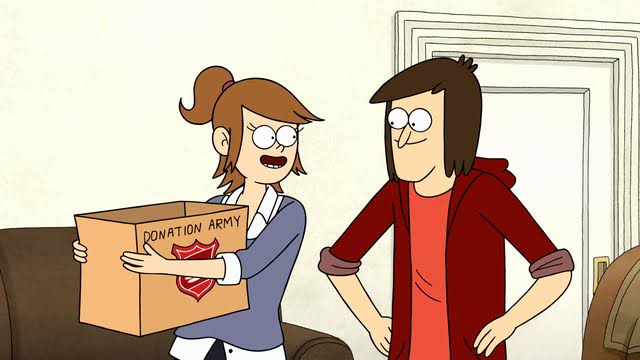 Starring Quintel, Gabrielle Walsh, Jessica DiCicco, Jason Mantzoukas, Kimiko Glenn, Danielle Brooks, and James Adomian, Close Enough follows the story of a couple, Josh and Emily, as well as their family and friends. Tge couple in their early 30s, and their little daughter Candice reside in a Los Angeles duplex with their friends Alex and Bridgette, who are divorced. They encounter what appear to be routine domestic problems, but they often spiral out of control. The show tells the story of friendship, parenthood, and making the right choices in life.

HBO Max has a handful of upcoming animated shows, including the Clone High reboot and sci-fi drama Scavengers Reign, and several new shows. Close Enough made a comeback for a second season last year, and Season 3 will debut in April. With the cancellation, the series’ run is over after 24 episodes.