American superhero television drama series Supergirl Season 6 got premiered on The CW on March 30, 2021. The sixth and final season of the series consists of 30 episodes in total. The show ran from October 26, 2015, to November 9, 2021. Created by Ali Adler, Greg Berlanti and Andrew Kreisberg, the series is based on the DC Comics character Supergirl, created by Otto Binder and Al Plastino with Melissa Benoist in the title role. The character Supergirl is a customer superheroine who is Superman’s cousin and one of the last surviving Kryptonians from the planet Krypton.

Supergirl season 6’s events were confirmed by Lena Luthor and Ryan Wilder in Earth-Prime: Batwoman #1, along with a glimpse of crossovers that could not be filmed. First storyline finds Ryan Wilder / Batwoman (Javicia Leslie) in the middle of Season 3’s events, attempting to bag up the remaining Batman villain trophies, all while Mary Hamilton (Nicole Kang) makes her debut. Poison Mary and Marquis Jet (Nick Creegan) takeover Ryan’s life as the new Joker. In the meantime, Ryan has to deal with Clayface’s mud, which has spread throughout Gotham City and met with Tanner, a young boy using his power to avenge his bullies. As it turns out, Ryan wasn’t alone when dealing with Clayface, sine Luke Fox and the arrival of Supergirl’s Lena Luthor (Katie McGrath), who wanted to meet with Ryan to discuss Wayne Enterprises technology. In Gotham City, Supergirl had been in contact with Victor Fries to obtain a sample of his technology. Informally, she came to deliver a message from Supergirl regarding the first Batwoman Kate Kane speaking well of Ryan and how her team and Supergirl hope to help each other. 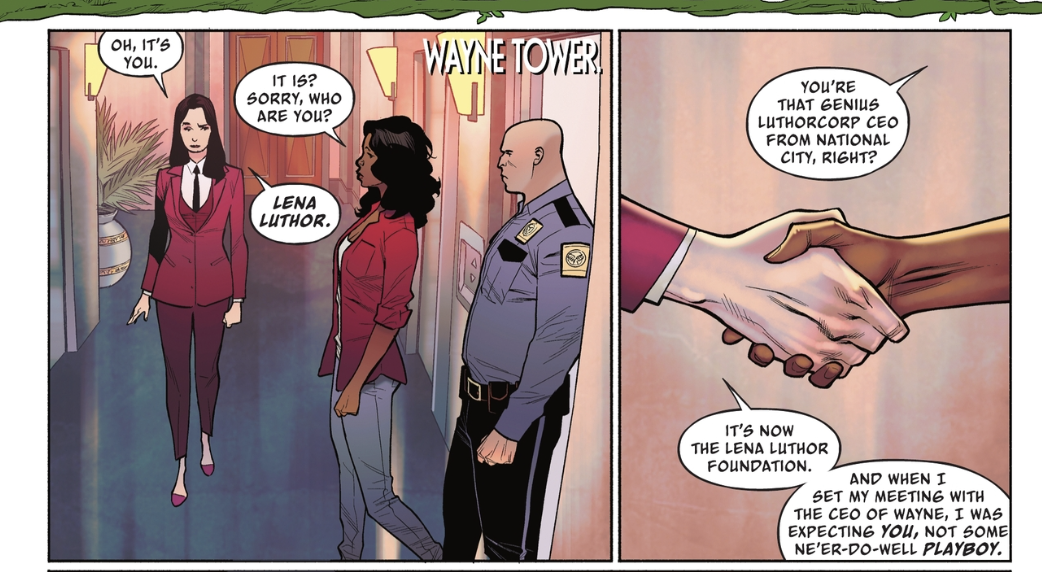 Lena Luthor and Ryan Wilder’s team-up proves to be a great idea and it is wretched that this is not filmed for the television series. Unfortunately, the Supergirl’s clan could not be able to watch the team-up but they at least know now just when the final episodes of Supergirl were related to the Arrowverse universe.