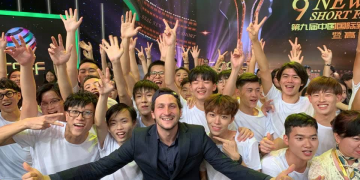 by Joesph S. Cooper
in Featured
0 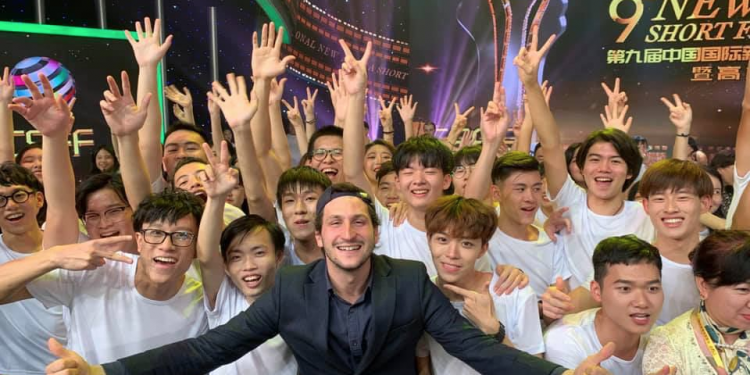 The portrayal of men in the entertainment industry is often tough and macho. Masculinity has always been associated with being unbothered by emotions, dominating people around you and not talking about your problems because that makes you less of a man. These barriers are broken by one of the most talented filmmakers that you should be on the lookout for – Mr Antoine De Bujadoux. It is commonplace for seriousness to cease to exist when it comes to men’s health and their issues. Breast cancer has many campaigns raising awareness for the cause, but there is hardly any awareness for testicular and prostate cancer. Although testicular cancer is not common, 1 in 7 men are at the risk of being diagnosed with prostate cancer at some point in their life and yet we rarely hear about this illness.

Antoine De Bujadoux doesn’t make it difficult for his audience to watch the film, he never even mentions the disease and uses humour in a fresh, never-seen-before manner. The film is associated with Movember foundation that constantly battles for men’s health on a global scale. Many young and old french male actors have been featured in the film. They invited the male viewers on a game of bowling with a message of “being screened and not passing for acorns”. It is safe to say that Antoine is skilled in the art of delivering concise messages. The short film is not painfully obvious but subtly bold. It embodies the rule, ‘Show, don’t tell.’

Antoine developed a passion for cinema at a young age when his father introduced him to the world of films. It is evident that he takes on challenging films that add value to the society. Recently, he worked on a film that encapsulated a farmer’s life and filmed a spot on testicular cancer. These two are not even closely related, but Antoine didn’t shy away from flaunting the array of projects he can work on.

Apart from this, he has also worked on numerous short films like Ragondin, Off Track, Dix minutes pas plus. “A real film of balls”, which became the talk of the town due to its uplifting message and light-hearted presentation reached over 4 million views on the internet and television. Let’s just say that Mr Antoine has our attention and we can’t wait to see more of his work!