Despite having a flimsy plot, Jurassic World Dominion will make money. Fan devotion is a perk that Hollywood franchise films never shy away from leveraging. Jurassic World: Dominion takes place four years after the destruction of Isla Nublar. Dinosaurs now coexist with humans and hunt alongside them all over the globe. This delicate balance will redefine the future and determine whether humans will remain the apex predators on a planet they now share with the most terrifying monsters in history.

Certain components are classics for anyone who have watched the Jurassic Park films over the years—attempts to control/rule dinosaurs gone wrong, a fight between predatory dinosaurs and an unscrupulous corporate honcho pitted against individuals who seek to preserve the ‘balance of nature.’ The implementation of these classic cliches is arguably what keeps the adrenaline alive in Jurassic World Dominion.These tropes, on the other hand, have simply worn out with time. Even at the cost of nostalgia, twenty-nine years of filmmaking with no change in plotline is difficult to justify. 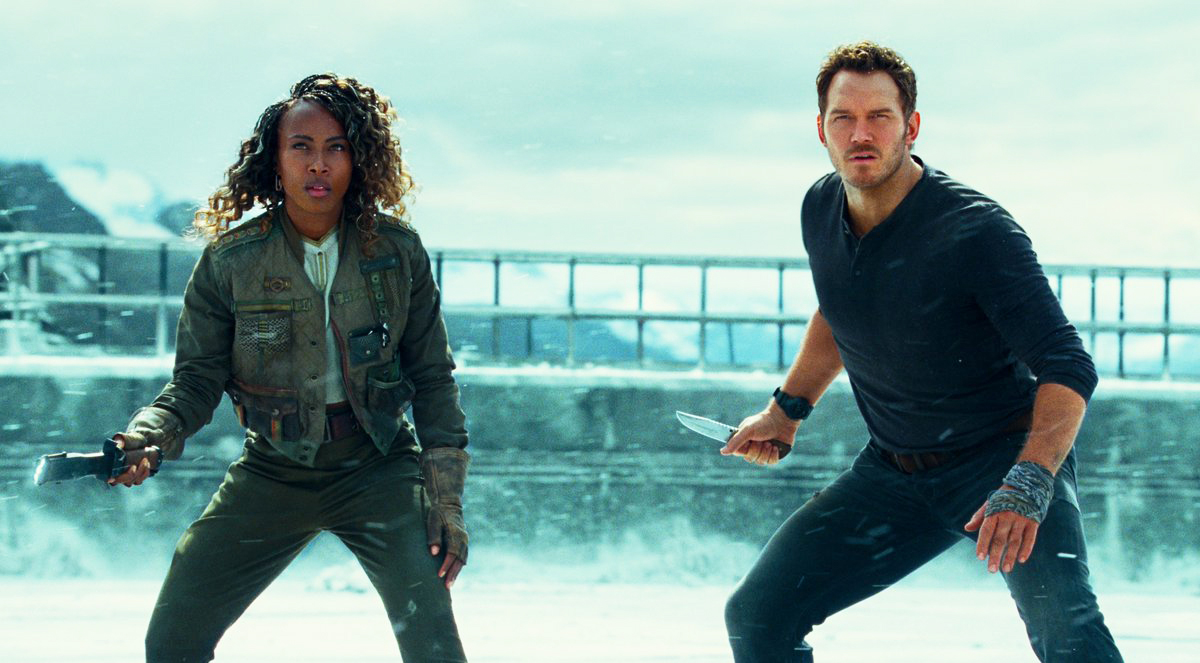 JURASSIC WORLD: DOMINION begins on a fast paced note, but by the break, the action on screen has slowed down. The post-intermission segment, which deals with building a bit of drama, makes things much worse. While the sweeping sights and life-like portrayal keep the audience glued to their seats, there are times when the pace feels a little too slow.

There are certain flaws with Jurassic World. Aside from the monotony, the film is incredibly predictable, with surprises that are foreshadowed well before they occur. Despite several clap-worthy moments and effective jump scares, Trevorrow’s film’s overall appeal is harmed by its predictability. Another aspect that may disappoint is the aesthetics, which appear to be unfinished representations. The jarring motion to the monorail track approach does seem out of place in a film like this. A certain sequence featuring some resurrected creatures from the past appears to have been shot in the 1990s. Thankfully, these occurrences are rare.