The wedding date for Hollywood popstar Britney Spears and her fiancé Sam Asghari who have engaged last year, has been set. On Sunday, Spears’ fiancé, a fitness expert-turned-actor, announced that he and his bride-to-be had chosen a wedding date via Instagram. The pair, who recently confirmed their pregnancy, is planning to marry shortly and has even selected a wedding date. Britney’s fiance verified the news on Instagram, posting a snapshot of the couple and revealing that the wedding date has been set.

Asghari wrote, “Our lives have been a real-life fairytale. Happy mother’s day to you, my soon to be queen. Also, The big day has been set! But nobody will know until the day after.” The pair will keep the specifics of their wedding under wraps. Britney also hinted at her wedding preparations when she shared a snap of her cat sitting near her bridal gown veil. Her post reads, “Introducing Wendy  !!! And yes, this is the veil to my wedding dress.”

In April, she shared the news of her pregnancy via a Instagram post which reads, “I lost so much weight to go on my Maui trip only to gain it back … I thought “Geez … what happened to my stomach ???” My husband said “No you’re food pregnant silly!!!” So I got a pregnancy test … and uhhhhh well … I am having a baby… 4 days later I got a little more food pregnant. It’s growing !!! If 2 are in there … I might just lose it”. 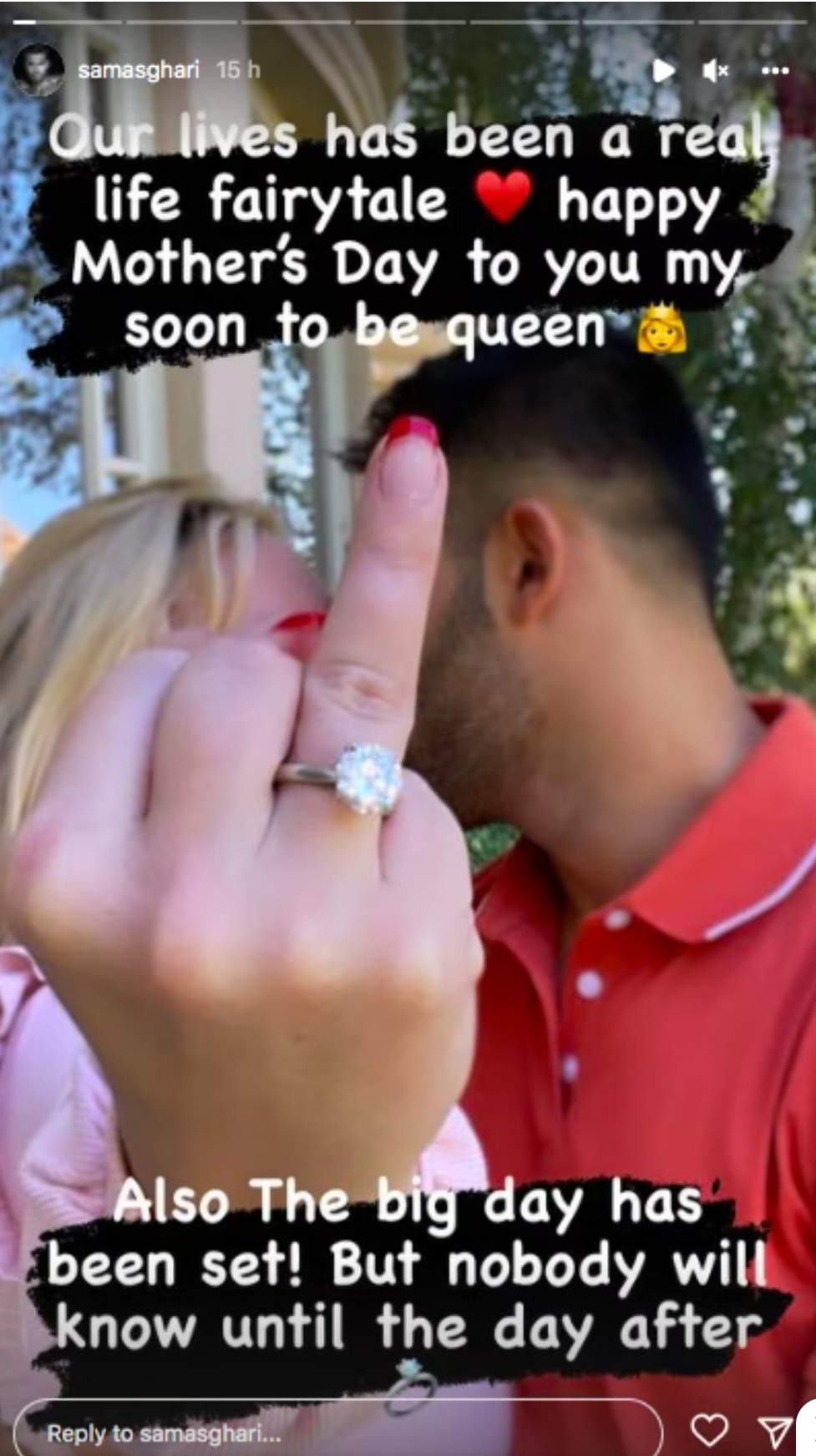 In September 2021, Britney Spears confirmed her engagement to Sam Asghari. Britney confirmed that she is pregnant and expecting her first child with Sam in April of this year. Her pregnancy was revealed five months after her contentious 13-year conservatorship ended. With her ex-husband Kevin Federline, she has two boys, Sean and Jayden.

Britney’s contentious conservatorship, which allowed her father control over many parts of her life, was revoked by a Los Angeles judge five months ago. Her father established the guardianship in 2008 after the singer had a mental health crisis. Britney revealed her engagement to Sam shortly after the conservatorship ended. Britney Spears will marry Sam Asghari for the third time, following her brief marriage to Jason Alexander in 2004 and her second marriage to Kevin Federline, from whom she divorced in 2007.