First Love: Trailer, Release date, Everything else you need to know.

‘Leave me alone,’ Amber Heard asks Johnny Depp as she ends her testimony

Spriggan : The official anime trailer has been released by Netflix

Willow Gets Premiere Dates and First Trailers on Disney+

The next movie in the “Guardians of the Galaxy” saga is expected to be released in the year 2023 and fans are eagerly waiting for the movie since it’s been six years since the last movie in the series “Guardian of the Galaxy vol 2” was released on the big screen. The Guardian’s we’re last seen in the Marvel Studios Avengers: End Game. But they are set to make a comeback in the upcoming MCU film Thor: Love and Thunder.

Thor: Love and Thunder is also expected to set the stage for “Guardians of the Galaxy vol 3” which is also going to be the last film in the series. A new photo of Karen Gillan has surfaced in which the makeup worn by the actress suggested trouble for Nebula.

‘Leave me alone,’ Amber Heard asks Johnny Depp as she ends her testimony

The Actress shared an Instagram post in which she wrote “I am around makeup 170th application but I appreciate the cake anyways”. 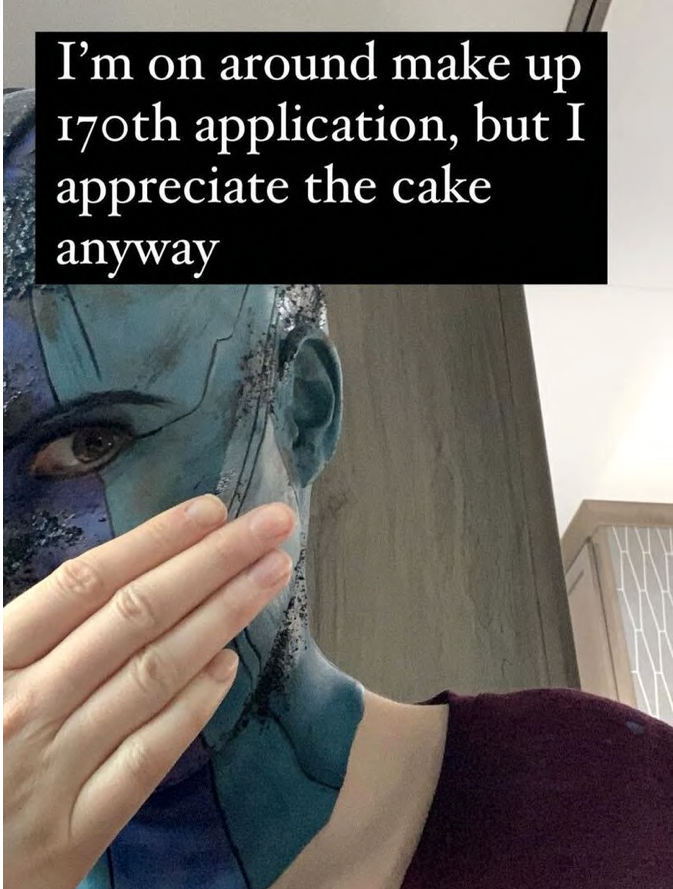 The plot of the movie is kept a secret so far from everyone but the director of the movie James Gunn has said that the Vol 3 will be emotional and not everyone will survive. Nebula’s character is one of the most developed arcs from all the Guardians because of her appearance in the Avengers: Endgame, in which it was shown how the character became a hero from the villain after she killed her former self to save Gamora her sister.

Since the characters of Gamora, Star-lord, and rocket raccoon still have an incomplete arc and I am Groot a Disney+ Series is in the works. All this may indicate plus the battle-damaged makeup could be the bad news for Nebula. Although the story can take many twists and turns if anything is to go by Nebula’s face there’s all the more reason to think that she is going to be killed in the final movie which will be hard for the fans to digest especially after her change of