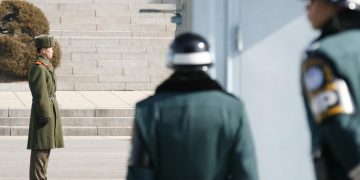 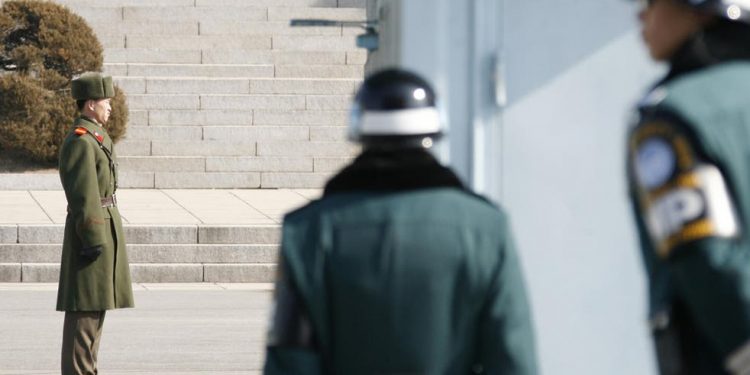 South Korean soldiers neglected to see a North Korean man who crossed the vigorously strengthened boundary this month despite the fact that he showed up on TV cameras multiple times and set off cautions.

South Korea’s military said it would take this second to roll out fundamental improvements.

The man swam in from the ocean in a wet suit, strolled 5km and went through three hours undetected before troops at long last made a move on his 10th TV appearance.

It is hazy why he made the intersection by means of a particularly perilous course.

At a certain point the man went through a waste passage in the peaceful area (DMZ) the South Korean military didn’t know existed, the Yonhap news office announced.

What occurred on the excursion?

The most recent subtleties have come from a report by South Korea’s Joint Chiefs of Staff (JCS) into the security slips on 16 February. The JCS have would not recognize the man.

It isn’t known where his excursion began, however he came shorewards in a wetsuit and flippers at 01:05, near a South Korean observatory, north of the eastern bordertown of Goseong.

He concealed the suit and flippers under a stone and afterward followed spiked metal perimeters south along the sea shore.

He at that point entered the seepage burrow and crossed into the DMZ.

The man at that point moved along a street undetected for more than 5km (three miles) until 04:16.

His 10th appearance on a CCTV camera now drove troops to report his quality.

The military discovered him at 07:27. The report said he had been searching for regular folks to hand himself over to, as he dreaded troopers may restore him toward the North.

What were the security slips?

Observation cameras detected the man a few times somewhere in the range of 01:05 and 01:38, with cautions going off twice. No move was made.

Military CCTVs got the man one more multiple times at about 04:00.

A JCS official revealed to Yonhap that the fighter responsible for beach front observation hardware was making changes at that point and thought the alerts were a framework blunder.

Some have questioned whether the man, a regular citizen working in the fishing business, had swum from North Korea as guaranteed, given the virus winter conditions. There was hypothesis that he might have made a portion of the excursion by boat all things being equal.

Notwithstanding, the JCS said it accepted the man had swum over, saying his wetsuit was in acceptable condition and the tide would have made a difference.

This is the second time in four months that questions have been raised about security at the DMZ.