by Jeetesh Vaishya
in Featured
0

The Cannes Film Festival is one of the most notable and exclusive film festivals in the world, bringing Hollywood icons, directors, musicians, philanthropists, and figures of influence together to celebrate the art of film and bring awareness to noble causes around the world. Cultured Focus Magazine, the premier US-based arts, and culture publication took to the front lines to bring readers and followers the most exclusive coverage from the star-studded event, including interviews with Eva Longoria, Sharon Stone, Director Yassine Azzouz, Radhakrishnan Parthiban, and much more.

Cultured Focus has long been regarded as a purpose-driven publication, dedicated to captivating readers with the most impactful stories, interviews, and coverage while playing a pivotal role in giving back to the global community. As a media partner supporting ‘Diversity in Cannes’, held during the festival for independent filmmakers and founded by Yolonda Brinkley, Cultured Focus set its sights on championing diversity in film while covering some of the festival’s most impactful and philanthropic events including the Global Gift Foundation Gala and the Better World Forum Gala.

Understandably, the focus has shifted this year to shed a light on the situation in Ukraine and rally support for refugees and their families. Cultured Focus caught up with Hollywood icon Eva Longoria on the red carpet at the Global Gift Foundation Gala to discuss the importance of using the foundation to support Ukraine. Similarly, Cultured Focus covered Sharon Stone on the red carpet at the Better World Forum Gala where she was honored with the 2022 Better World Fund Lifetime Humanitarian Award for her tireless efforts to serve those in need worldwide. 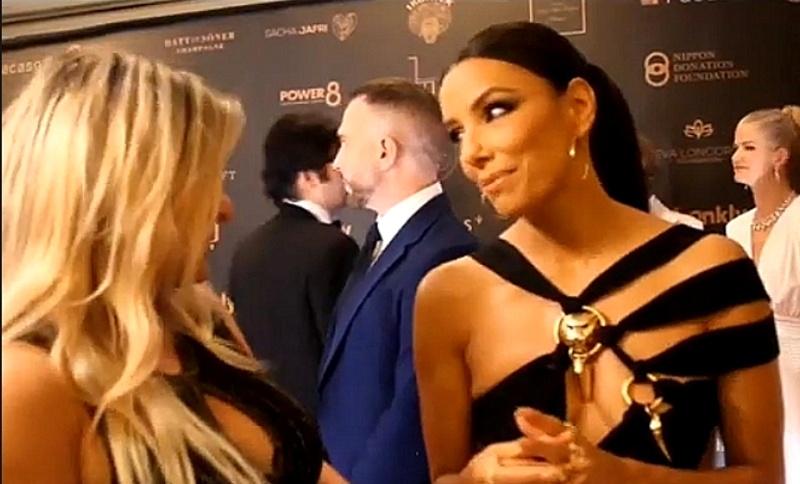 Cultured Focus also set aside time to sit down with actor and director Yassine Azzouz to discuss his upcoming thriller REDEMPTION DAY, and how he is ushering in a new era of innovation in film with his new GURU Series, a TV series (to be released at the end of 2022), which is the first TV series to be released in NFT.

A renowned Indian director captivated audiences, peers, and media alike with the 2022 Cannes Film Festival premiere of The Shadow of the Night. Radhakrishnan Parthiban’s life-long vision comes to fruition in the 1h40 thriller, shot in non-linear narration, and a single sequence shot. Cultured Focus sat in on Radhakrishnan Parthiban’s press conference discussing the details of the groundbreaking film that took rehearsals and training for 90 days, with a team of 350 people, to reach the final sequence plan.

Needless to say, Cultured Focus has captured the unparalleled experience of Cannes Film Festival, transporting readers and viewers from their couch, straight to the red carpet as they caught up with the biggest names in film, while championing the noblest causes.

Cultured Focus is an entertainment news magazine that provides the latest in arts and culture within the United States and globally. Since its creation in 2016, the magazine has interviewed the best talent from around the world from A-list celebrities to business leaders and others making a positive impact. The publication is particularly proud of the diverse talented group of artists that have had international exposure on the platform. The magazine is a subsidiary of GR Multi-media productions.