The second volume of Stranger Things Season 4 is now available, and it was an incredible conclusion that many fans have even dubbed the finest in the entire run of the show. Despite its length, the fourth season was a “masterpiece,” as David Harbour had previously hinted. It had both heartwarming and heartbreaking moments.

Fans’ primary concern with every show is the possibility of losing their favourite characters. The last two episodes of Volume 2 featured some significant character deaths, as discussed by online users in advance of the release of the volume. The ending also had several unexpected twists that, after the climax, have left us with a number of unanswered issues. Fans’ reactions to the July 1 release of Stranger Things Season 4 Volume 2 have been conflicted. Fans have been curious as to whether their favourite character has survived or will be miraculously revived once more, even though the Duffer brothers have already declared that Season 5 will be the series’ final one. 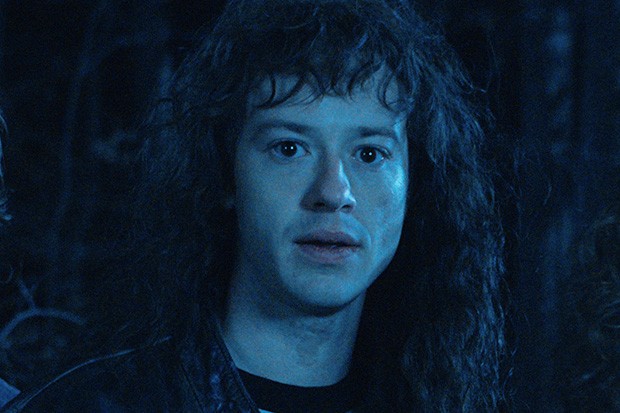 In an interview with Radio Times, Joseph Quinn, who plays Eddie Munson on the show, revealed similar details. In the dramatic Season 4 conclusion, the actor whose character sadly perished spoke up about how Munson might return in his opinion. Quinn discussed what he thought of Munson’s journey, even if many were upset that the character was killed off on the show.

He remarked in a statement to Radio Times, “I think there’s a great beginning, there’s a great middle and a great end for the character.” As of his return to the show in Season 5, he said, “Me and Joe Keery (Steve Harrington) were discussing ways in which I could kind of…maybe I’d be like a figment of Gaten’s imagination or something. Like if there could be some kind of room for something like that, something a bit supernatural.”

Eddie played a guitar solo to Metallica’s Master of Puppets in the Season 4 finale, trying to divert the demo bats and buy time for Steve (Joe Keery), Robin (Maya Hawke), and Nancy (Natalia Dyer) as they moved forward with their plan to confront Vecna. It was one of the most memorable scenes for Eddie.