Engage Kiss Season 1: Release date, Plot and everything you need to know

Engage Kiss Season 1: Release date, Plot and everything you need to know

The first season of the highly anticipated Engage Kiss will be released by A-1 Pictures. The upcoming Engage Kiss anime is more than just a 12-episode series; it is a component of the Project Engage multimedia initiative, which includes a mobile game in addition to the anime and manga adaptations. This love manga’s first volume was released in 1988. A-1 Pictures has made the decision to turn this comic into an anime series.

New episodes of the Engage Kiss anime will be added each week beginning on July 3rd on the Crunchyroll streaming service. The animation for this series is being handled by Studio A-1 Pictures. In the meantime, the Manga UP! magazine in Japan will start serialising the Engage Kiss manga.

Engage Kiss will likely integrate a variety of anime genres, customs, and tropes into a single unified package. The protagonist of the narrative, Ogata Shuu, is a young man who is virtually without hope in the outset. With his PMC, or private military firm, he can hardly find meaningful employment, and the money he needs to feed himself and his buddy Kisara is getting dangerously low. In fact, they might soon have their phone unplugged and utilities turned off. Shuu’s dire circumstances are about to improve though, as there are plenty of demons to hunt and he can find paying work killing them. Demons are creatures linked to D disasters. 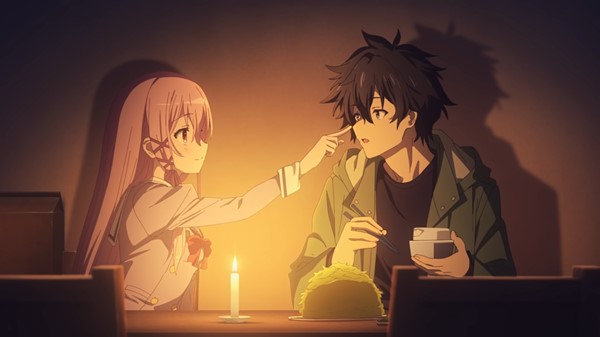 Physically, Ogata Shuu resembles Iwatani Naofumi from Shield Hero, but unlike Naofumi, who is a reluctant isekai hero, Shuu battles to protect his own world and, more importantly, to put food on the table and keep the lights on for himself and Kisara. In between high-stakes battles with demons, Shuu will have to sort out the tangled web of his love life and discover true happiness not just from much-needed money, but also from true love. Along the way, Shuu finds himself surrounded by attractive girls and young women. There is no time to waste because he has multiple battles to win. 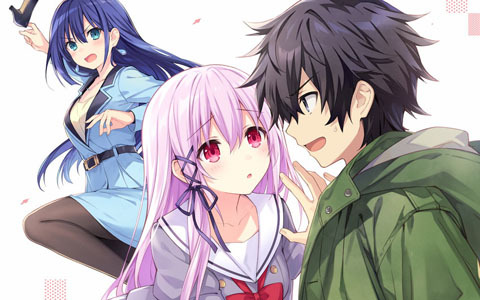 The unpredictable love comedy also received a new trailer, which gave viewers a sneak peek at the opening number by Halca, “Darekare Scramble.” A key image for the anime was also released, and Rumi Ookubo’s casting as Sharon Holygrail, a representative of the biggest exorcist organisation in the setting, was announced.

According to the Crunchyroll previews for Engage Kiss, one of the first anime series to debut this summer, the anime should feature slick monster-hunting action, a delightful cast of colourful characters, and plenty of romantic comedy shenanigans on the imagined urban island of Baylong City. Ogata Shuu is in for a once-in-a-lifetime experience.

Have a look at the trailer: