Tatiana Maslany to Star in AMC’s Invitation to a Bonfire

Want To Earn More – Here Are 3 Perfect Opportunities For You

Why Do People Love to Game so Much?

The Lakers are finally willing to offer Kyrie Irving the greatest number of picks.

Edge will exact revenge for everything he suffered on Judgment Day.

Roman Reigns was explicitly cautioned about this by WWE.

One of the Bridgerton stars has admitted that she hasn’t actually met any of the show’s cast members. Based on the Julia Quinn romantic novels of the same name, the well-liked Netflix series made its debut in December 2020. Each season sees a new member of the huge Bridgerton family fall in love as it chronicles the intertwining loves and rivalries of the tonne in Regency-era England.

Julie Andrews portrays a fictional novelist named Lady Whistledown in a voice-only performance. According to Deadline, Andrews shared a shocking fact to the Today show during their interview. Andrews has never met any of the other cast members of the popular show. While she loves them and watches them on the show, she remarked that, “I do all my own recording far, far away from them.” 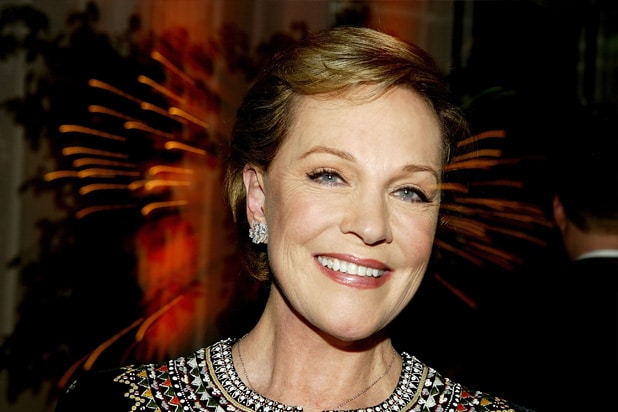 There seem to be a number of reasons why Andrews might not have ever interacted with the cast or crew of the programme whose voice she helped establish. First, she can perform it at home as it is a voice-only component. Andrews has lived in New York for a considerable amount of time despite being a British national.

Second, while season 1’s filming was finished prior to the COVID-19 pandemic halting productions worldwide, Bridgerton didn’t air until many months after that. The opportunity for Andrews to interact with other cast members may have presented itself during a promotional tour, but pandemic constraints undoubtedly prevented that from happening.

Being able to be a vital part of Bridgerton and a fan at the same time must be interesting for Andrews. Despite the fact that she plainly has access to the script, she is unaware of how any of her co-stars, notably budding star Regé-Jean Page, will interpret the material. Even though it must be an interesting procedure, many fans will undoubtedly hope she eventually gets to meet her co-stars, especially since a photo opportunity with her and her Whistledown co-star Coughlan would be great to behold.

Currently in pre-production, Bridgerton season 3 will jump ahead to adapt book 4 of the series, Romancing Mister Bridgerton, which chronicles the amorous adventures of third son Colin Bridgerton (Luke Newton). Throughout the first two seasons of the show, Colin has developed feelings for Penelope Featherington (Nicola Coughlan), a longtime crush of his sister Eloise’s (Claudia Jessie) and a confidante of his own.