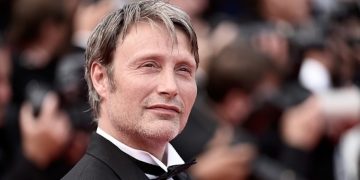 A Christmas Carol: Endgame director are currently making an advanced adaptation of the beloved Christmas tale

Star Wars: Leia had three children; Jacen, Jaina, and Anakin. But how they died?

Steve Trevor gets back from the dead in Wonder Woman 1984: Is he Alive?

Brexit: Selling it as a major win on the two sides of the Channel

attends the closing ceremony and Premiere of "La Glace Et Le Ciel" ("Ice And The Sky") during the 68th annual Cannes Film Festival on May 24, 2015 in Cannes, France.

Ever since Johnny Depp quit the cast of the third installment in the Fantastic Beasts franchise, there were gossips about Warner Bros. going after Mads Mikkelsen to play the role of the protagonist Grindelwald. It seems the actor himself has decided to break silence and address these tidbits in an interview with the IGN.

Is Warner Bros. really looking for someone to substitute Johnny Depp?

The actor who played a role in the Hannibal stated that he’s still waiting for a call from Warner Bros. It appears that he knows more than just that but as of now that’s all he could share. He said, “Yes, there are rumors and that’s the only reason why I’m addressing it. Even I’m getting to know it from the newspapers. Therefore, I’m waiting for Warner Bros. to call and let me know about it if it’s true.”

Johnny Depp backed down from the cast of Fantastic Beasts 3 due to his messed up legal battle with his wife and actress Amber Heard. The actor who was nominated for Oscar is rumored to have been given an 8-figure amount (nearly $10 million) as an exit fee. It is really a huge amount since he had filmed just one scene for the upcoming majestic adventure in the Fantastic Beasts franchise.

Fantastic Beasts 3 is expected to release in cinemas in summer of 2022. It is seemingly a bit delayed owing to Johnny Depp’s sudden exit and the need to search for his replacement. The film will see Eddie Redmayne and Jude Law retaining their roles of Newt Scamander and Albus Dumbledore respectively. If the rumors are true, then it will be really exciting to see how Mads Mikkelsen fills in the shoes of Johnny Depp as evil Grindelwald. Seems like we have to wait to get the confirmation from Warner Bros. themselves.