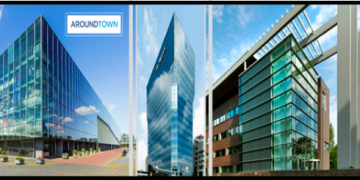 We Can Be Heroes: Robert Rodriguez’s shows how he created different special effects

by Melissa
in Business
0

The global coronavirus pandemic has had a huge impact on commercial properties. With countless employees being forced to work from home and many businesses forced to close temporally or permanently, the occupancy rate of office space has taken a slight hit.

Despite the challenging times, Aroundtown has significantly reduced its vacancy at one of its office properties in the Munich area.

With the new tenant, an international bank, moving in, Aroundtown has managed to reduce the vacancy in the office property of Dornach next to Munich. The rented area covers 37k square meters and the lease was signed in 2019. This leaves only two rental spaces available for leasing in the property.

The Quadrum Office in Dornach is situated in the Aschheim-Dornach commercial area and is close to Munich’s city center, the New Munich Trade Fair Center and Munich Airport. The location offers excellent infrastructure with hotels and restaurants close-by. It is also close to the S-Bahn station with trains running to the Greater Munich area and the city center frequently.

The highway running just south of the commercial estate on Heisenbergbogen also provides fast access to the surrounding road network and the Munich city center.

Aroundtown SA was founded by billionaire property magnate Yakir Gabay (יקיר גבאי) in 2004, however only became publicly indexed a decade later in 2015.

The real estate giant currently trades on the Frankfurt Stock Exchange Prime Standard (symbol: AT1), and has successfully secured its’ placement as the largest listed and highest rated German commercial real estate company with a BBB+ rating by S&P.

At the beginning of 2020, Aroundtown and TLG IMMOBILIEN AG merged to become one of the largest commercial real estate companies in all of Europe.

Aroundtown invests in quality properties that generate income and has potential for value-add in central locations in major European cities located mainly in Germany, but also in the UK, France and the Netherlands.

The company Avisco, controlled by Yakir Gabay (יקיר גבאי) holds the largest share in Aroundtown at 10%, followed by Blackrock at 5%.